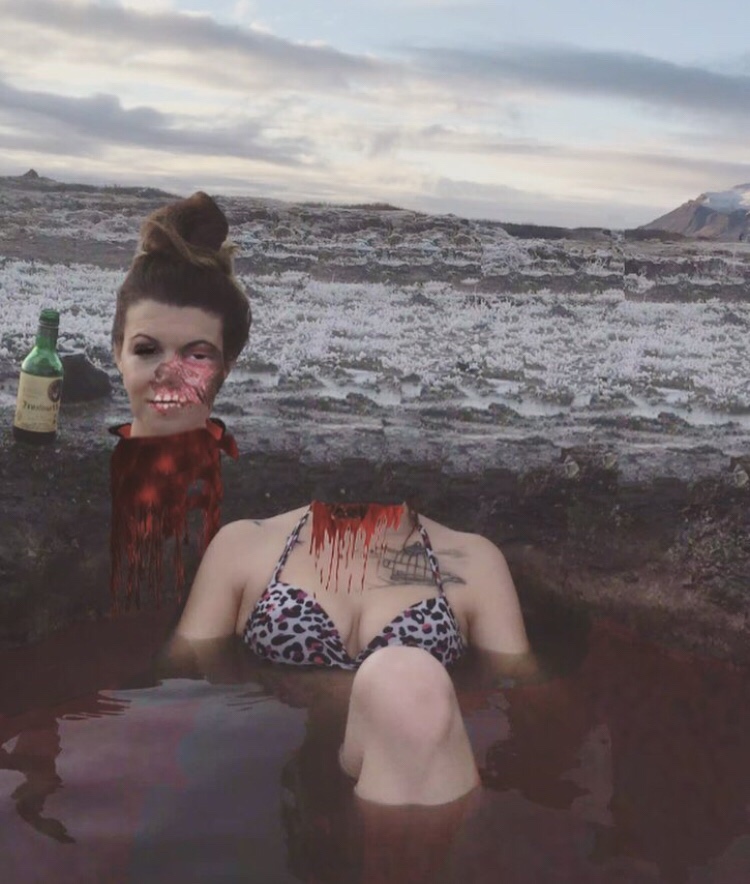 We all know the feeling of impending doom even if we don’t know where it’s coming from. Sometimes you’ll feel it and not know that’s what it is. Your fight or flight is in overdrive. You have a boost in perception and reflexes. Your heart rate increases but hardly ever decreases. Your chest tightens and your heart becomes heavy. You jump to conclusions and are ready to deal with any threat that comes your way-when no threats are present.

Anxiety is an essential survival mechanism but when your thoughts are a set of unbreakable and irrational patterns from being in scary or stressful situations it will consume you and turn your world upside down. If you don’t learn to manage your anxiety it will unpack its bags and stick around for as long as you let it.

A little over a year ago I went through two really stressful and scary situations in a short amount of time. The first was getting robbed. I was living in a studio apartment in downtown Baltimore. I propped the door open as I finished unloading groceries and sat down to watch the animaniacs. After about a half hour I got up and went into my room. Then I heard a door shut. I convinced myself it was just a neighbor but I couldn’t shake the feeling. I nervously texted my friend, Aimy, about it and she assured me it had to be a neighbor. Something wasn’t sitting right though and even my apartment looked different to me-but I couldn’t put my finger on it. It wasn’t until the next day I realized things were missing. I got ready for work and couldn’t find my purse. Did I leave it in the car? I went to look and the car was gone. Wait, what? I went inside and looked around and realized my couch had been pulled out away from the wall. Then it all kind of hit me. Was someone hiding behind my couch while I was watching tv? I checked my bank statements and my credit cards were maxed out. Omg. What. Is. Going. On?! For the next few weeks I obsessed over the what ifs. What if I saw him? What if he hurt me? What if I never got up to go into my room? What if he had a weapon?

About 2 months later I moved into an apartment with two friends. One was a recovering addict. 6 months clean. Awesome dude. Super funny. Very kind. After about a month I realized he was using again. He would nod out while talking to me. He would lock himself in the bathroom for long periods of time. He would be really disoriented and sad. I found heroin needles in the bathroom and told him not to do it in the apartment. I never lectured him or anything like that-just asked if he wouldn’t do it there. In retrospect I wish I would have said more to him, but I know it wouldn’t have mattered. I talked to a friend about my fears of finding him dead in the apartment. Then it happened-I think the very next day, actually. I was pretty mad at him because he was supposed to pick me up from the bar but I couldn’t get ahold of him. I texted him and asked if he would take my dog, Vader, for a walk. He said “already done”. Awesome. I asked when he was coming to the bar. Hours go by and I didn’t hear from him-My texts got more mean. “I know what you’re doing..you probably passed out-cool” “We’re not friends anymore” “You’re dead to me” -that was the last thing I said to him. I’ll never say it to anyone ever again. I walked home all mad and even more so when I got to the door and it was locked. My key was in the apartment. Perfect. Knocked on the door. Nothing. Ughhhhh. Called a locksmith and he finagled his way in. Invited locksmith in and tried to haggle the price. Walked down the hall and there was my roommate. Blue and unresponsive. Oh fuck. I threw $100 at the locksmith and told him to leave. I called 911 and they gave instructions on how to clear his airway. He made some noises so I thought he’d be okay-I learned later that the noises were most likely the last of his air leaving his lungs. That will always stick with me. I sat on the counter and watched him leave in a body bag. No one ever came back in to tell me what to do next. I felt like I had just sat through a really terrible play. Did that really happen? Did I make that up? I waited for awhile then walked down the hall. I passed the bathroom and there was a mess of blood, puke, needles, and a bag of heroin left behind. Is this real life? I numbingly cleaned it up and sat on the couch until the sun came up.

Bad things happen in 3s. It was from that moment I definitely started to see changes in myself. I was always on alert. Something else was going to happen, I just knew it. My anxiety was through the roof. When the denial subsided and the gravity of the situation really weighed heavy on my mind I started to isolate myself and became increasingly paranoid. I developed OCD habits and that + my anxiety affected my relationships with everyone who I cared about. I got help to manage my anger and confusion about the situation, and really dug deep into how it affected me/ how to reverse the damage.

In the last 7 months I’ve learned a lot about how to manage the anxiety and get my fight or flight response back in check. I thought it might be important to share the things I’ve learned because it really has helped me so much. I’m breaking away from fear and making positive changes. I’m a better person now than I’ve ever been. Everyone is fighting battles that are hard to conquer but you’re so much stronger than you think. Anxiety is a mind game and you can absolutely manage it if you really focus.

Stop playing the victim. You cannot change anything that’s happened to you. You can only change your response to it.

Do not isolate yourself. Make an effort to make a connection with everyone around you. Be kind and humble.

Stop procrastinating. Invest in a planner and organize your responsibilities. Utilize checklists-put something on the checklist that you’ve already done that day. Give yourself a head start. Ask yourself “if I died tomorrow what would I have liked to have done?” Then go do that. The future is now.

Focus on things you can change in your life that will cause a positive ripple effect. Think: relationships, health, organization, your job, your appearance, volunteer, etc.

To truly be the best version of yourself pretend you already are. Fake it till you make it. It will become second nature.

DO NOT DO NOT DO NOT leave time in your day for your mind to idle. Mental stimulation is so important-maybe the most important. Pick up new hobbies. Learn a language. Learn an instrument. Paint. Clean. Plan. Do something. Do anything. If you have to let your mind idle then meditate and think with purpose. Solve problems. Write. When your mind isn’t engaged you will over-think, over-analyze, and drive yourself mad.

Stop looking for guarantees in life. Expect nothing. Appreciate everything. If you don’t like something-change it.

Find time every day to unwind. Get a massage. Soak in the tub. Stretch. Do yoga. We physically carry anxiety in our muscles. Release it. Tension is who we think we should be-relaxation is who we are (I think that’s how the proverb goes)

Do not rely on temporary solutions. They will become permanent problems. Alcohol or pills might make you forget about being sad for a little bit but it will double down.

Our time is so so precious. Work on yourself and before you know it you WILL bounce back. Better than ever. Take it slow and be proud of every single baby step along the way. Take the time to truly learn from negative experiences to prevent drowning in them.

I want to share my story because just a few short months ago I felt totally helpless. I drove myself crazy trying to understand why something-that could never be changed-happened the way it did. I know I’m not alone and I hope I can help someone who is struggling with the paradox of self pity and doubt find their way out, too.

Hi! My name is Kaytee. I’m 30 years old and live in Baltimore. I created this blog to help you win the fight with your personal battles, show you how to effectively challenge yourself, and help you get through the struggles along the way. What you believe to be true controls how you think, how you behave, and how others perceive you. But what you believe is not necessarily a fact. If your beliefs are self limiting then it’s time to make some changes. I did. Not very gracefully-but I did it. I made a lot of mistakes along the way but I’m here today stronger, better, and focused and I want to help pull you out of the fog that I was in. <3 View all posts by warinyourmind

4 thoughts on “You will never fight a greater battle than the one inside of your head.”